I know i dont blog that much and as i told Adam at the start of the festival, i know im no great writer, and i tend to only try to put words down (with all the letters,though not necessarily in the right order, and come to think of it not even all the right ones) when i get inspired. And guess what. Thats what Fyne Fest did. 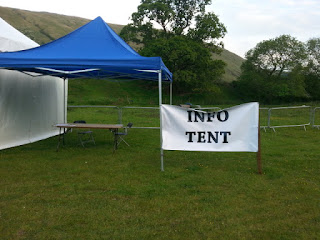 I guess we will never really know

But for me its of all that and more.

Most importantly FyneFest is an opportunity to relex, and enjoy the slow pace of life in good company. Its not a beer festival to dash round and try and get all the lovely new beers, its not a family holiday to be crammed with as many exciting things as i can make fit, Its one of only 2 times in the year that i truly stop and relax.

The festival is nestled between two hills giving a stunning 360 degree view of some of the most wonderful scenery that  scotland has to offer. The site of the festival is amazingly well laid out (well apart front the single entrance/exit that doesnt half get muddy) with camping not to far from the car and even closer to the bar, with a decent range of food and non beer stalls and  plenty of space for camping.

Friends from near and Far gathered as our tent village  grew to over 15 tents, some containing people i  know well, other not so well,yet more ive only met at previous FyneFest, and more still being friends of the previous, but all there with the same aim, to relax and enjoy the event what ever the weather. 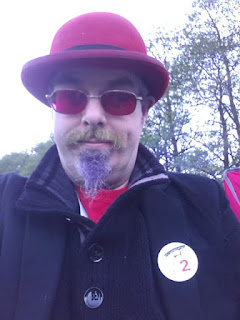 Welcome to the Village

This is my 3rd FyneFest and each year the beer list gets better and better. Despite neither of the previous two years catering to my love of trying new beers, the beer list contained many gems and keep me very happy. This year prior to the event on seeing the beer list i couldnt help but drool at the number of new beers and few other favorites. But what surprised me most was that unlike most beer festivals i didnt dash round trying to complete the set but found myself casually picking them off one at a time, inter-spaced mostly with the delightful Mills and Hills, the number of these climbing beyond my capacity to count.

I dont know any one thats been to FyneFest that doesnt want to come back again and again, some of those who have been coming for years have build up traditions, and i enjoyed hearing from some people i was chatting to on the Friday evening about their tradition and how they stop off at the same pub on route up from Cumbria for a pint of Tennants Lager, and how on Saturday morning they had to head off to Inveraray for a Pie before returning for the 2nd day. 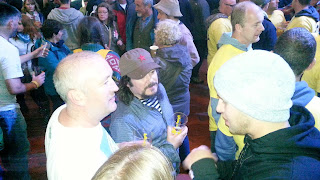 But on asking one the Saturday how the pie was, i discovered Disaster had struck, and the shop had changed hands and no longer did pies. Wandering around they found a pub, had a pint and on way out passed a butcher as disaster was averted, of course now tradition demands a visit that same pub next year.


So heres to tradition,
and long may FyneFest continue to be traditional part to my year