Heres the third walk through ive done for the Expert levels, and this one once again uses a non maxed team and ive done it a couple of straight times through with no trouble so with luck this should get you through this one with the minimum of Fuss.

As seems to be common with the expert level they are not that difficult if you can survive until your teams powers kick in, and the Secret is finding the team that will allow you to do this.

So heres my team and the first wave. 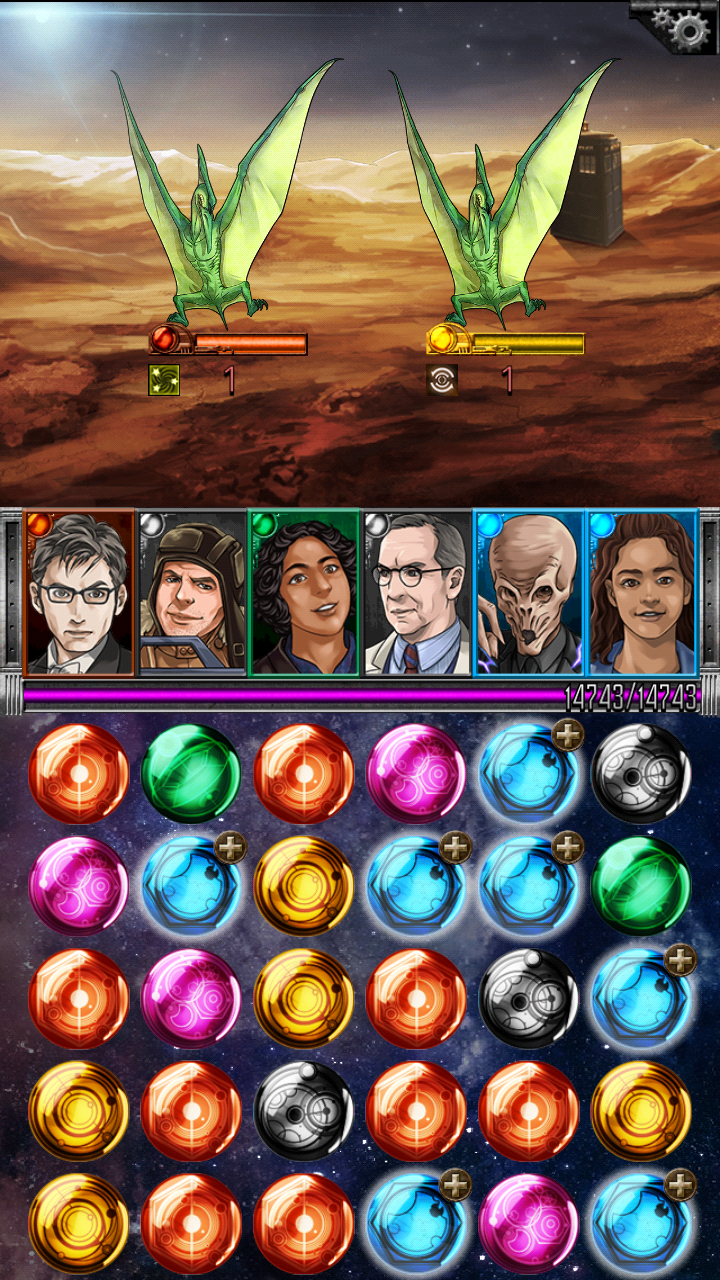 You will notice its got a couple of Bombers to get past those high defense baddies, the Blue Silence for its awesome stunning ability, and in a break from my normal choice of Character, the Brother and sister combo of colour changers to pink(so unusual was it that i had to play them both up to level 31 to get the power kicking in 1 round earlier). As you will see we need a lot of healing to last until the silence is ready. I have also chosen the 10th Doctor for the extra healing if needed.

The main 2 perks is set increase HP +5% on both and to select resist lock on both.

The first few rounds just get as many combos as possible. Ignore the locked gems unless you can easily unlock one or two, But make sure to get 1 combo or your powers dont count down. Do this until the first attack, if you have enough Pinks to get 2 combos plus at least 1 other colour that should be enough to fully heal. But if not choose to convert green or yellow as gives the best selection of pinks. Remember you only need a half heal this time , where as next turn they are going to both attack, meaning you will need a bigger heal. So the best choice may not be the one that give you the most pinks but gives you enough to get a decent heal. As soon as your BOMBERS are ready, target the RIGHT Pterodactyl, Leave the left alone we will kill that with normal slow attrition. The round after the bomber is set, the Silent will be ready so use him, and it should be plain sailing from here. Again were mostly playing in order to  keep our health up while the bomb does its work. 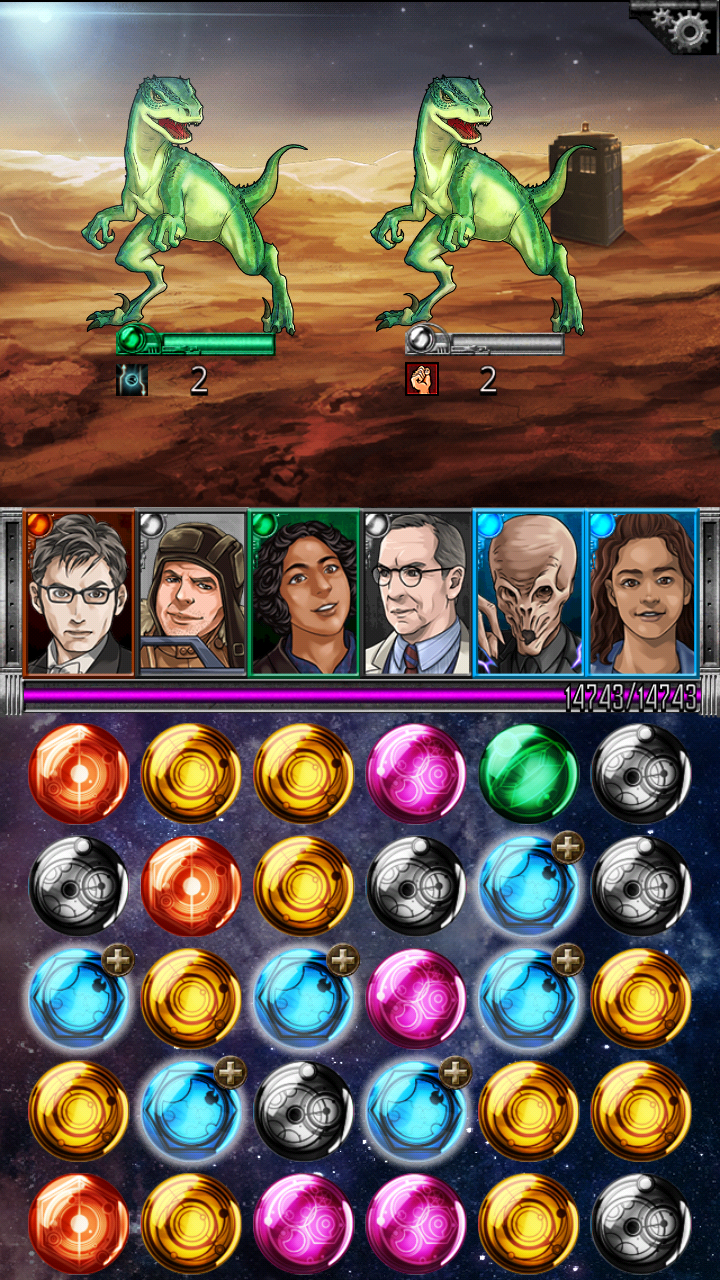 .
Entering Wave 2 you should have your 2nd bomber free, and both Angie and  Artie. But its the Bomber we want , and we can immediately target the LEFT  Velociraptor as it does Bigger damage. Then target the right Velociraptor for normal attacks. Remember that your main aim is to keep Health at MAX so use Angie or Archie as needed. The Left Velociraptor will be bombed before it even get a chance to attack. Do not use the Silence. Once the Bomber you most recently used is down to 3 rounds till active , use the other bomber to target the remaining Velociraptor (as we want one bomber ready on going into wave 3) and just pass the rounds keeping health up.


On Entering wave three. Bomb and stun the Ankylosaurus and the The Tenth Doctor + is all your. 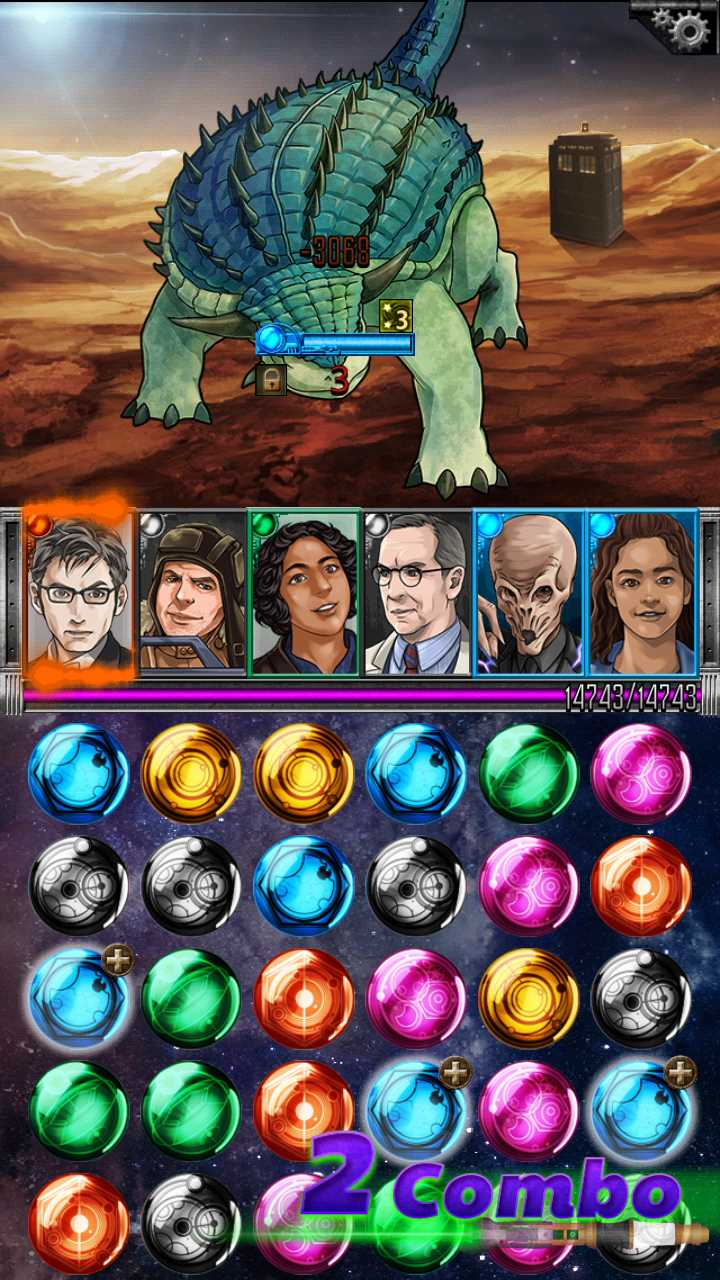 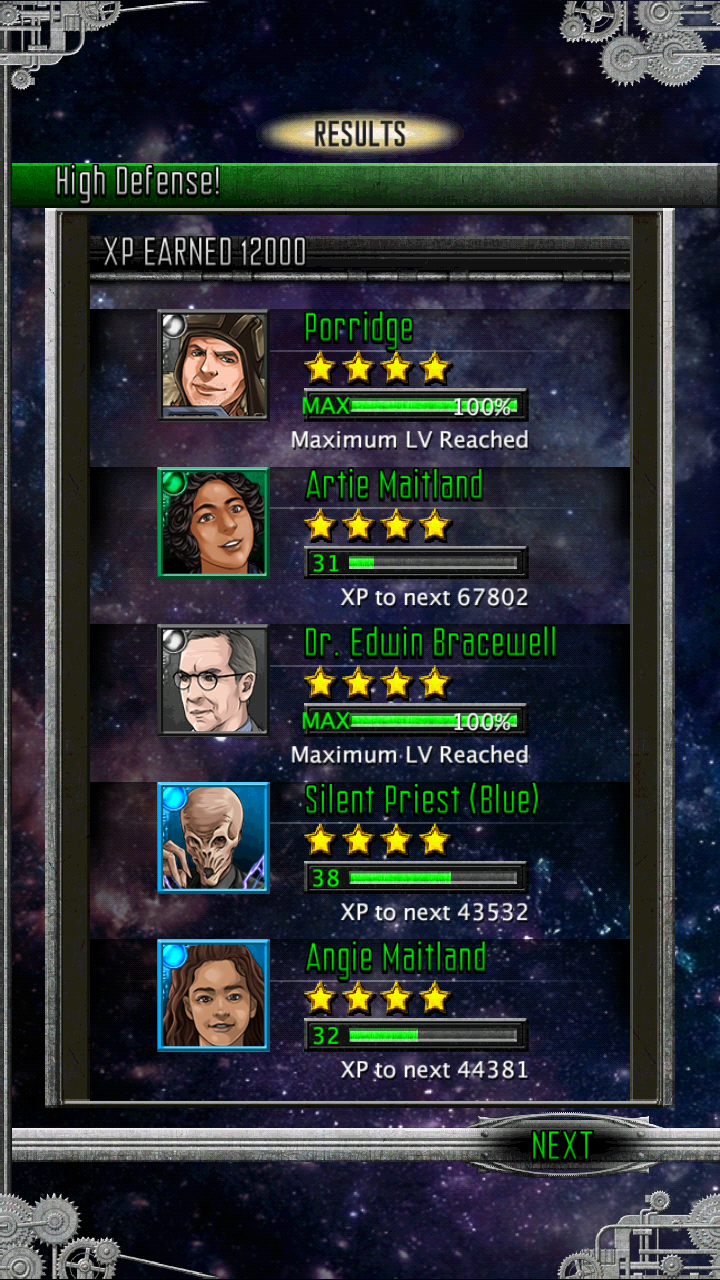 If this has been helpful ,or youve further advice, corrections then please leave a message, its nice to know if this is helpful
Posted by cgarvie at 13:16