Doctor Who Legacy : No Blue Gems: Save the World!

Again i hope to take you through a way to beat another Expert level, though unlike OneShot i think this one isnt such a fool proof plan.

The BIGGEST hurdle by far is to survive until your team powers kick in, especially as if they 2 ships attack at the same time your change of survival is VERY slim. So one approach is slogging it out until you get that lucky set where they do no attack at the same time in the first 7-8 rounds. But again hopefully some of the info here will show another approach (but again one that needs a little luck) to get you on your way. 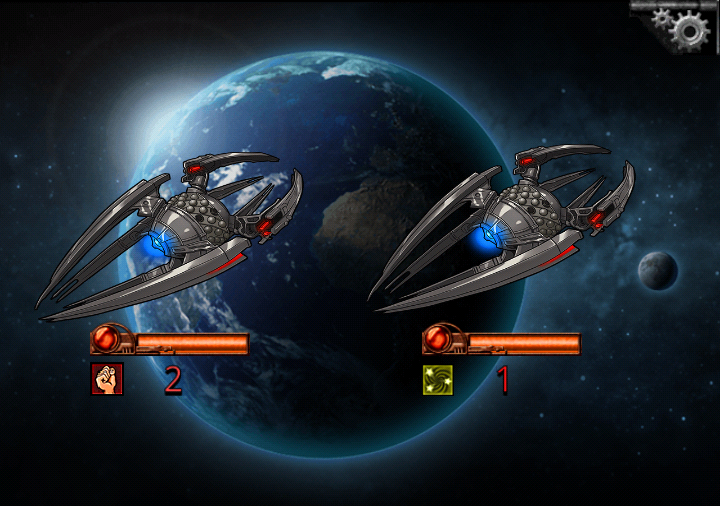 No the Image above is the starting position and it looks like your facing two very similar enemies but nothing could be further from the truth.  The Left one has 500000 Hit points where as the left has about 30(i wasnt able to get exact count),however the right one also has a fairly hefty resistance being at least 30,000 but less than 37000(after the Perk reduces it). Meaning that you usually only do 1 point per person.

So if target the 2nd ship and manage to get 5-6 hits every time you may make it before they both target you. Or you can try for a nice big set of combos where 1 of you allies manages to beat the resistance(and this how ive always managed it)after all beat resistance by about 30 and its gone. Sadly neither is that easy to do (but there again this is EXPERT level)

So if you can survive about 8 rounds i think its then fairly plain sailing with the following team. 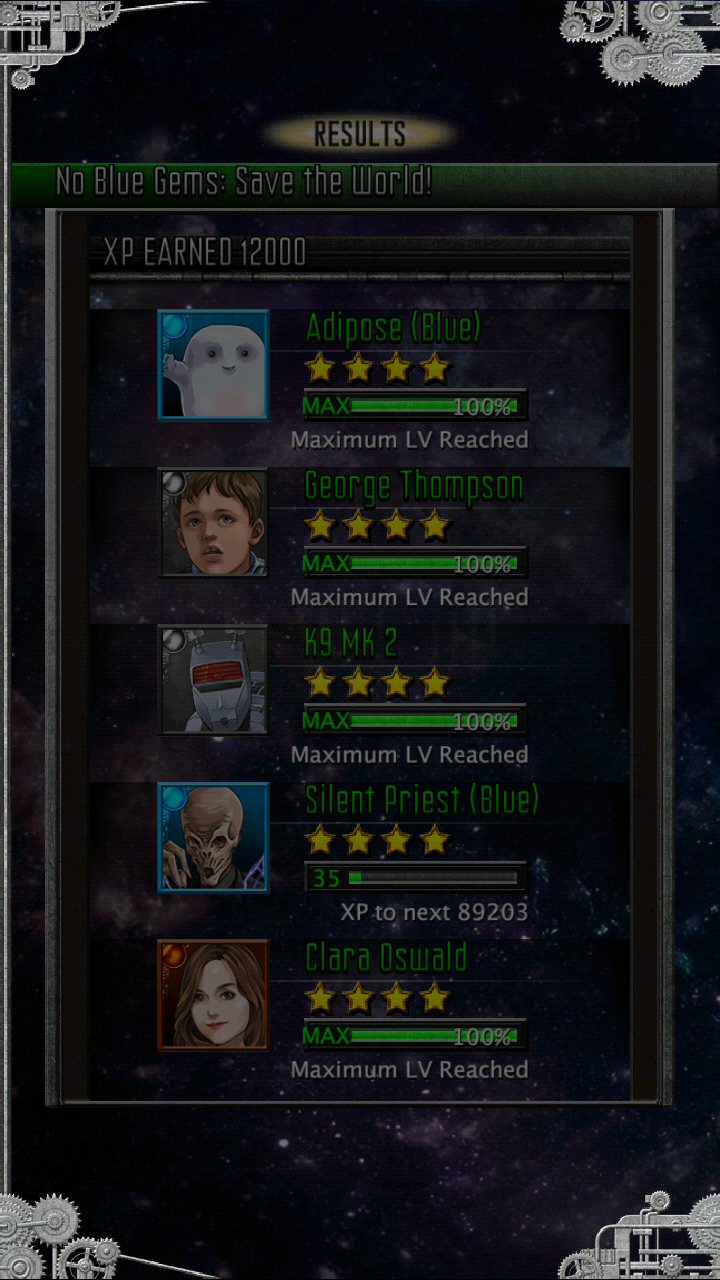 As i think the key to this level is not letting them both attack at once and the simplest solution to that is to keep at least 1 stunned, With these 3 stunners, you have a a total of 8 rounds stunning, meaning you can keep them in a cycle. I have Clara in there for HP and healing and the Blue adispose to convert to Blue giving you some blue gems, But as most killing will be done by the Doctor your personal preference should be fine. The thing to Watch is the Wave Change over. If you use a stun and then finish the level right away, your then out of sync and your third stun wont be ready on time.

But Actually theres one missing person,and thats the Doctor, Once again i have gone for the 6th Doctor as his 50% damage all be it over several rounds makes him a great killer of the High HP enemies. Just keep powering him up and using him to take the ships down one at a time.

As for perks i think the main ones are Increase HP +5% twice, Ignore Red Enemy defense, reduce red damage, and i was originally leaning to resist stun 2 rounds but i think id go with Resist Bomb.

The second Wave is much like the first but with Hit points being 700,000 and about 60, (sadly i have not managed to work out the resistance on the 2nd wave)

The 3rd wave is a single Bigger Ship and as long as you have timed your stuns correctly you will have no problems here. So be very carefully coming out of the 2nd wave not using stun if possible so all are ready or nearly ready. 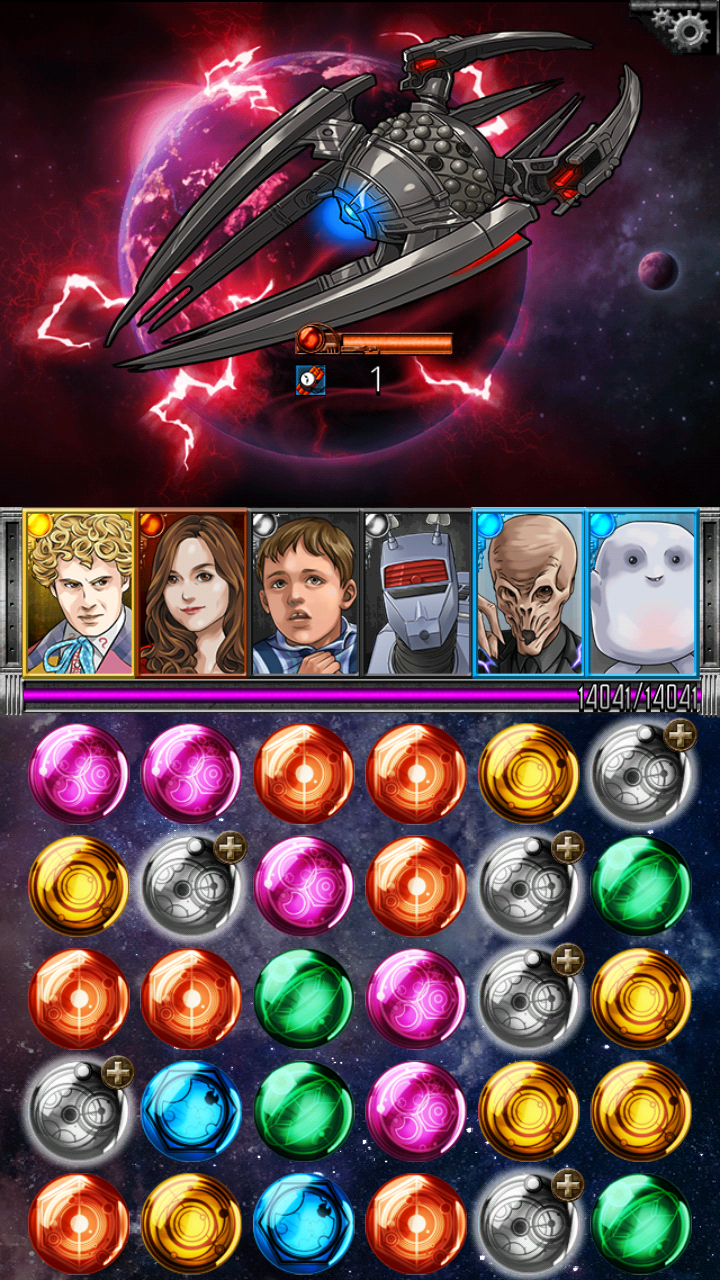 See that Bomb, It got me as i didnt have the stuns on this play through synced and entered the wave 1 round of stun short. Meaning the Bomb was placed. From then i was sorted or so i thought, but then the bomb totally wiped me. Hence choosing the Reduce bomb damage perk.

So there you go, i hope it helps. If it does do leave a comment as its nice to get feed back, but any comments always welcome. Have fun and GOOD LUCK