Well despite the Family commitments, and needing to get to bed at a reasonable time(getting up at 5:30 next morning)

I managed to drag myself down to the Stone all tap take over at the Brewdog bar.

It didnt get off to a good start, with me arriving at 8pm to find NO beer taps on as they had just started to change over all the taps to the Stone one. Moving into a crowded bar, the queue was 3 people deep all along the long bar. So it wasnt till 8:35 that i managed to get my first beer.

But once that little hitch was over it was a great night. I didnt have much as i knew i was up early, but i did mange to try The Lukcy Basartd Ale,  14th Anniversary Emperial IPA and IRS

The the Lucky was a bit harsh for me but the 14th Anniversary was lovely, a strange lemon custard weirdness but i quite enjoyed it. As for the IRS its difficult not to like an IRS and this one was pretty tasty.

Greg gave a little talk before throwing himself into the crowd.... and crowd surfing round the bar 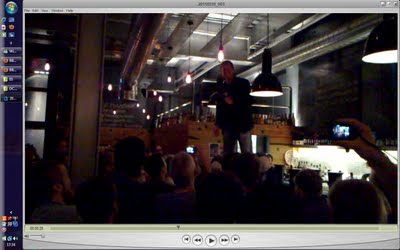 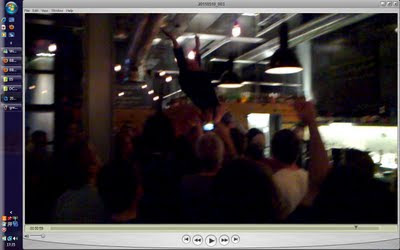 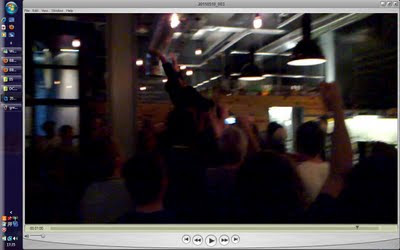 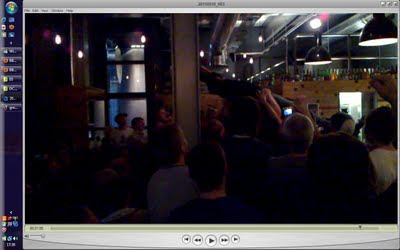 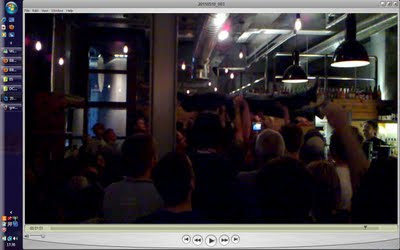 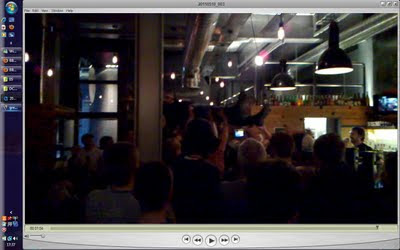 All told i was a short nigth for me and im sure it stayed busy long after i left. But from what i saw a good time was had by all, and was certainly had by me
Posted by cgarvie at 22:21