Well as we are fast approaching the De Molen Beer festival, and with some risk that i wont be able to make it this year :-( I thought i would look back at last years Festival.

But before that. Can i recommend that if you are free and can afford it, this is a wonderful festival, probably my favourite of the Year, and more info can be found here

The De Molen brewery is located in Bodegraven in the Netherlands, in an old Mill that was lovingly restored. 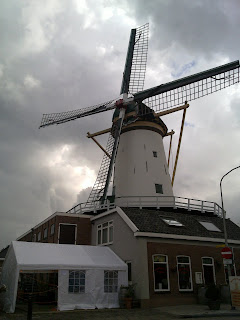 As well as offering a great range of De Molen Beers. Of which the highlights were the De Molen Mooi & Machtig (Cognac Barrel) and the De Molen Hel & Verdoemenis (Bordeaux) 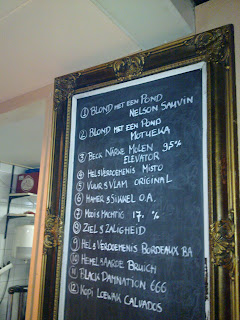 Meno invited some great brewers from around Europe. Last year the list of brewers included, De Struise, Mikkeller, Narke, Alvinne, Midtfyns Bryghus, Revelation Cat, Brauerei Beck, Emelisse, Haand bryggeriet, and the UKs very Own Marble. All told there was just over 100  beers to choose from. 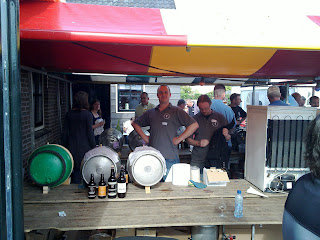 One of the things that i thought was particularly cool about last years Festival was that Meno gave away the recipe for De Molens Vuur and Vlam and each of the guest brewers was invited to make there own version, and each version would be put to the public vote. This was won by Haand bryggeriet. Though my personal favourite was De Struise, with Marble and Alvinne in joint 2nd place. (As a side note Marble has made there version again and i am really looking forward to trying batch 2)

Another Highlight of festival is the Stormporter from Narke. The Kaggen version of this holds ratebeers top or 2nd top spot(occasionally swaping with Westvletern 12) and just like the year before they had 4 versions of the Stormporter 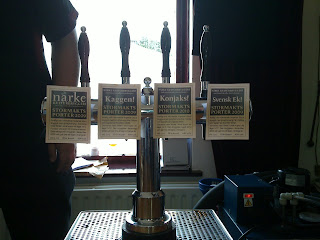 One of the oddest elements of the festival was the arrival of a boat load of people. 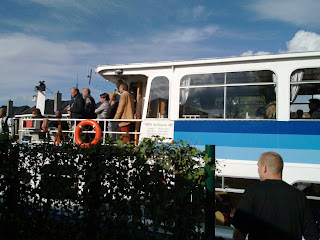 These people were clearly not your typical beer festival people, but part of some clever promotion scheme by De Molen, and from comments i overheard was a mixed success, with some people clearly having enjoyed it, but many perplexed by the 10% beers and styles that they had never encountered before. But sitting at the ea few of us benefited from the tokens people had left as they handed them to us on their way out :-)

All told there was a massive amount of great beer but the Overall highlight for me was a De Struise beer the Black Damnation V - Double Black at 26% of all the High ABV beers ive had this was by far the most drinkable.


All told i cant see this years festival being anything but as great as the last two year and i do really hope to work out a way to make it this year, and if i do i hope to see you there.
Posted by cgarvie at 05:22